Bill Bernbach, co-founder of the 1950’s iconic advertising agency Doyle Dane Bernbach and who is often referred to as one of the ‘real’ Mad Men, held a belief that:

“The most powerful element in advertising is the truth.”

Given the impact Bernbach had on the marketing industry – his work for Volkswagen and Avis is in university text books and he was even partly responsible for getting a US President elected! – you’d think people would heed his advice. 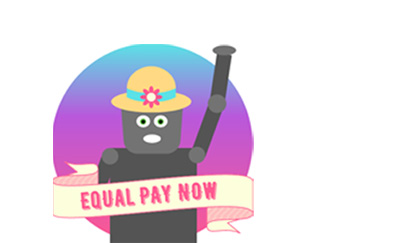 Yesterday was International Women’s Day and many organisations dutifully Tweeted their prepared proclamations as to how highly and proudly they valued the contribution of their female staff.

I doubt even Bernbach could have predicted the rise of social media and its potential to derail marketing campaigns, but I suspect he would have had a wry smile on his face yesterday watching the Tweets of the Gender Pay Gap Bot work their way across that platform and into the feeds of millions.

For every brand in the UK that shared the beaming smile of their successful women staff members, our friendly neighbourhood Gender Pay Gap Bot checked their returns on the government’s gender pay gap data website.

And retweeted the results, without fear or favour.

If the organisation pays women the same or more than men, the bot happily Tweeted that to the world.

However, human nature and Twitter being what they are, these were not the accounts that attracted attention.

Too many saw their beutifully crafted creations retweeted with the tag line:

“In this organisation, women's median hourly pay is x% lower than men's.”

I am not here to further the embarrassment of those hapless souls who saw the jarring disconnect between their marketing and the reality of their staff's lived-experience, relayed to the world.

You can do that yourself, with the messages that havent been deleted!

Much in marketing has changed since Bernbach's days: the existence of an 'International Women's Day' being a welcome example, but many concepts haven't.

Telling the truth may or may not the most powerful element in advertising but not telling it, will certainly be used powerfully against you.

Return to the Homepage